Make no mistake, it is not about romance nor it intends to create such moments. The context behind Death Parade has always revolved on philosophy of life and death itself, draping it with realistic interaction when fear comes in and putting this one arbiter to judge either you’ll be sent to the void or reincarnated after you passed away. But it posses a heart-warming core with a special definition to memories and death, tangled by spider web that provides the dark and gloomy setting to do so.

With just this one view, it presented that death won’t have much impact as it would until you realized what you’ve lost. It is when the regrets and sorrows come flooding inside the heart then you know you screwed up. There are so many things to be done and so many little details that you’ve missed which makes the burning pain harder to be stopped.

It was a feeling that the bartender/arbiter Decim never knew of.

And I think it’s one of the emotions that many of us don’t want to feel, if we have a choice. But arbiters are merely puppets and they could not quit their job. To deal with so much deaths and various emotions from different people that have lived their lives then coming to him for the final journey put such a huge burden on his heart, that he never realized how deep the weight is. He was meant to be emotionless, because emotions and empathy will cloud most people’s judgement when it comes to crucial moments. Hence, arbiters do not need emotions. Do they? Does he?

Here is where Death Parade excels in, with the approach to this theme with Decim and her, that drive the show together until it reaches a conclusion that jumps out of expectations and elevate the enjoyment to a whole another level. From an analytical view, it was a great build up of emotions and stories that stacked the emotions one by one to affect him. But just watching how it unfolds at the end, you’ll get the feels straight away without giving it much thoughts. It was, filled with smiles and tears. 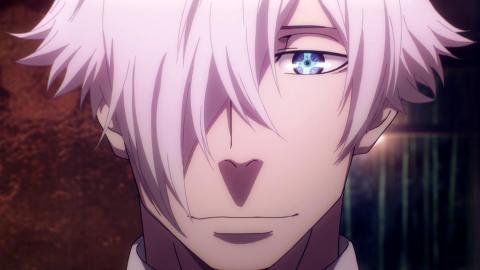 In the end, death is inevitable and everyone fears it, but perhaps it is this fear that makes life much more meaningful. To live in the present, and to cry or laugh to your heart’s content without regrets.

Or in other words, memento mori. ( remember, you must die. )

Thanks for reading. I’d love to hear your thoughts on the show if you have seen it, perhaps on the lacking or the awesome parts of it, and if you haven’t, I highly recommend it. As for overall rating , it’s a solid 9/10!