One thing about this community is that there are always awards, taggging going on and sometimes, they unexpectedly reach you. And every time I received one, it’s a real surprise and pleasure. It can be a gratitude expressed by other bloggers for recognising your work or as a reward for not giving up. In a way, it’s much like a invite of celebration with a team you’ve been working with for months, years. Or, in this case, the anime community that we have right here, right now.

So, thank you Keiko from Keiko’s Anime Blog for this nomination and giving me the chance to create this post! 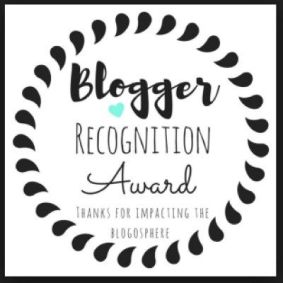 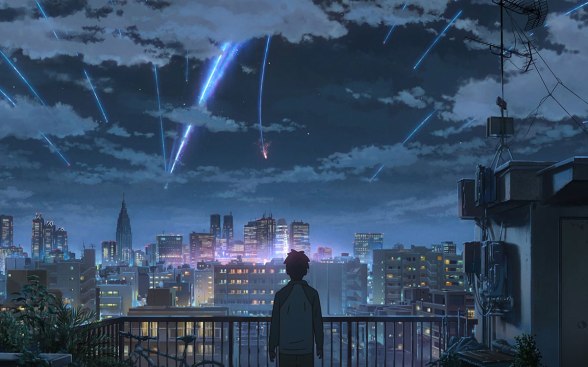 About a year ago, this oblivious blogger created his first post – What got me started not long after he finised watching an anime movie. It amazed him that anime could be so interesting, and touching in such a way. That completely changed his perspective on the concept of anime that he had looked down on.

Back then, anime fans are just weird and unapproachable beings for him. Common words for anime fans – “AoT” and anime conventions never really meant much to him either. But slowly, he understood the meaning behind them. So, he started doing more reviews, recommendations and pretty much everything in between to be shared.

However, as he falls deeper into the abyss of anime world, he realised something. Within each anime world, there are always fans who called it undderated or overrated. Just like how vary the stories of the characters can be, our opinion can differ in the same way. But somehow, something ties the anime fans together. Interests can suddenly rise up on others when you know they also watch anime, or when they talk about the plot. It’s the magic of anime – connection.

So, back to first-person pronouns. The real reason that I’ve made the blog is to gather all those little thoughts, little stories and blend them together to make them more approacable, motivating. To tell the tales to ones that have not seen it yet, to reach people that need just a little more push and share the inspiring moments hidden in an anime.

To give you a smile, when you least expected it. 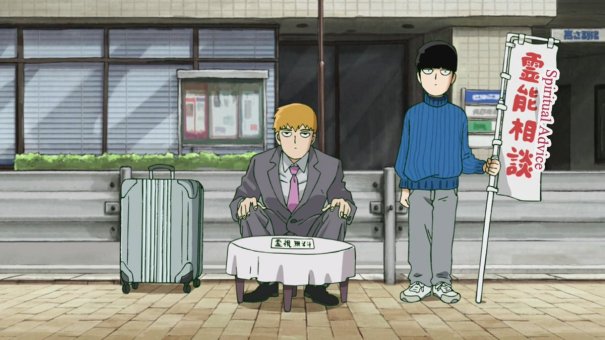 One thing that you wouldn’t want, is an advice from a blogger that has less follower than you and an amateur when it comes to socialising. Well, I’m both. So, the tips that I’ll be sharing here are just my own ways of blogging, not some golden rules in blogging.

I’ll admit that I have a hard time keeping track of new posts and even if I do find one that I want to comment on, I will find myself in the state of loss for words. It takes quite an amount of time just to think of the words I need to say, how I want them to be said and how I should organise the sequence.

It’s like I’m being watched by invisible audiences to be extra cautious when it comes to stepping into the other bloggers’ doorstep. So, I tend to reply late. But I’d still do it. It’s because it’s worth more than just clicking the like button. So,

One thing that I would also suggest is to work hard, think hard and then from time to time, if you feel just a bit on the verge of burning out, it’s time to

as breaks not only allow you to refresh yourself, but insert more and more new ideas into your brainstorming zone. They make you more perspective of your own thoughts and enrich your ideas in various ways. And when they hit you, no matter how ridiculous they might seem

#3 note the ideas down

in your phone’s notepad or any thing that you can grab and write on. I perceive this as an efficient idea to widen the range of the idea later on, because even if it is not feasible, it might be able to inspire your next new idea for the blog. So, don’t trust your brain saying it can remember it because after it’s gone, it is gone. Other than that,

#4 liven up your mood a little

I’m not saying that you should depend purely on your mood to decide whether to post or not, but a better mood would definitely help you in creating awesome posts. Eat chocolate, listen to music, exercise, dance or whatever to keep your spirits up. Then, even if all these tips don’t seem to work and you feel like you’re not being noticed at all,

because I’ve been in that situation before and even now, I would still apply these tips to myself. So, good luck, new bloggers!

Congratulations and as the slogan says, thanks for impacting the blogsphere. There are also more bloggers out there that have already been nominated which I didn’t tag, so here’s another big loud shout-out to you who continue to make this community awesome.

Thank you for that, and for reading this ’till the end.