This is Anime as a Cup of Tea, serving you the first par-TEA member of this tea series: green tea!

Green tea (and basically every types of tea) originates from the same plant species—Camellia sinensis or ‘tea plant’. For green tea, after the leaves are harvested, they are heated enough to kill the enzymes and quickly dried to prevent too much oxidation. Because of this, the tea leaves remain green, yellow or light brown color. Further oxidation/heating will change its color and taste. 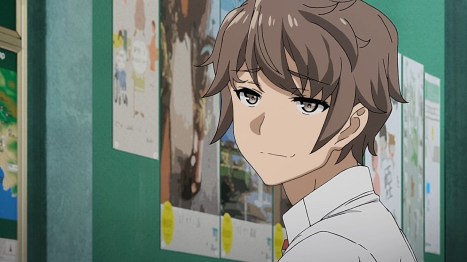 Origin: Rascal Does Not Dream of Bunny Girl Senpai

A likeable rascal. Deadpan face. Monotone. Calm and carefree. Socially isolated. Blunt. True to his own feelings. Only appreciates something after he’s lost it. He helps only the ones he cares about. He has a deep compassion for his sister. Although he appears to be emotionless and doesn’t care much about others, he would literally go against the world for a bunny girl he loves, and his dearest friends—whatever it takes.

Origin: The Melancholy of Haruhi Suzumiya

Normal. Perceptive. A tsundere that doesn’t blush. Skeptical on the outside. Unmotivated in studies. Makes cynical comments to hide his true feelings. Often seen to be unwillingly dragged along into various strange events. Has a strong fondness on Haruhi Suzumiya but he doesn’t realise it. Will protect all SOS Brigade members at all cost; even against aliens, espers or time travellers.

Coward. Wimpy. Friendly. Adaptive. Kind-hearted to a fault. Tortoise Knight. All-Seeing Eyes of the Gods. Harworking in earning money to support his sister. Stay true to his own principles, doesn’t use his abilities even when he’s robbed. Doesn’t run away even if he freezes up, and still taking a step forward to protect his allies and enemies that he comes to emphatise with. He’s weak on the outside, and even if his abilities activated, he’s still weak. But even so, he refuses to take a step back, every single time.

Average. Weak. Mellow yet strong willed. Sensitive. Diffident. Really dense. Serious in a charming way, as complimented by one of the members. A leader in progress that gives emotional support. The knot that ties the team. He accepts the members for who they are, when no one else does and is willing to defend them along with the koto club. He keeps pushing the limits together with them, and however wimpy he might seem—with determination and hardwork—he’s taking them all to the nationals.

Timid. Soft-spoken. Normal. Village boy. Perceived as polite, naive. Hates crimes with a passion. Detests his own powerlessness. Can become cold-hearted and cruel in the name of friendship. Prefer to do things in his own ways, even if he dies in the process. Badass when it comes to protecting the two friends he cares about. The one you wouldn’t expect to charge forward when danger approaches. 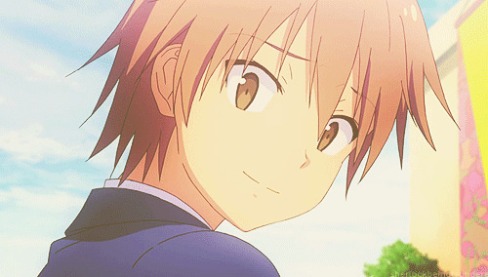 “This world is so unfair. A normal person doesn’t stand a chance. You can play catch-up all your life but never even get close. We tear ourselves to shreds, but all that work’s for nothing. Hard work doesn’t pay off! For anything or everything. Even for Sakurasou! We did everything we could, but we couldn’t do anything!”

He works really hard to protect his dream, and the people he cares about but just couldn’t surpass the barriers known as ‘talent’ and ‘fate’. Kind-hearted to a fault, especially when it comes to taking care of abandoned cats and a helpless dorm-mate. Indecisive at first. Honest. Ordinary. Sensitive. Thoughtful. Caring.

Loser. Short. Wimpy. Lack of athleticism. No-Good Tsuna. Quits easily. Poor grades. Tsuna is one of the first characters that had left a deep impression on me when I was a kid. It’s because he doesn’t hide or brush away his inabilities, but openly admits them and he sees his subordinates as upperclassmen and friends rather than tools for mafia wars.

When he was confronted to inherit the fate as a Vongola boss to kill and annihilate mafia families for power, he stated that he won’t—and that he would destroy the Vongola Famiglia than to accept such a heritage. His very kindness is his weakness but it’s the same kindness that made his foes become his allies, and his allies to be bonded closer to him rather than pure loyalty, which is a really impressive traits that only he can pull off. This makes him one of the greatest characters that I’ve ever come across in anime. 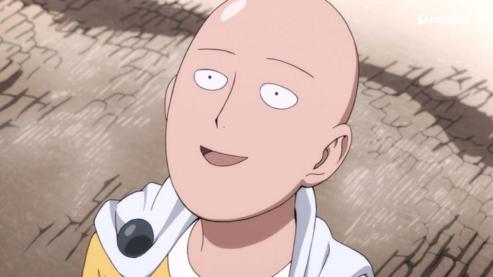 “If the heroes run and hide, who will stay and fight?”

A hero for fun. Bald. White-capped. Caped Baldy. Oppai t-shirt. Humble to a fault. Doesn’t take his job seriously. Overwhelmingly overpowered. Inability to remember names and faces. Sympathetic when it comes to enemies that don’t go down in one hit, like Boros and Garou. He appears to not care for insults or misunderstandings of the citizen directed at him, but actually he just doesn’t want to create unnecessary troubles. However, he cares for bargains and deals, and the city he lives in. He’s also somewhat jealous of high-ranked heroes’ popularity when in fact, he should be the role model for heroes and monsters.

“So I’m gonna be a hero. I’ll make that money.. so that my mom and dad can have easier lives.”

Bubbly, sometimes air-headed. Kind. Friendly. Understanding. Can manipulate gravity by touching objects. Can be extremely determined, and focused in the face of overwhelming forces and powers. Brazenly honest about her priorities and doesn’t hide her reason to be a professional hero—to relieve her parents of their financial struggles. She’s earnest in her action to prove herself to her family, which is highlighted in the tournament arc with the heart-to-heart phone chat with her parents after she lost the match. It was a truly touching scene, and added much more depth to her character.

They are the calm before the storm.

These are pretty much every character that I can think of that has “green tea” traits: calm and/or wimpy on the outside, only becomes bold when it comes to defending the things or people that they care about. Like any of us would.

My perspectives can be objective at times, so it’s up for debate if you have any character that you think I’ve mislooked/did not do the justice for. Feel free to share your opinions moderately, but most importantly, I hope this managed to give a proper shout-out to them. 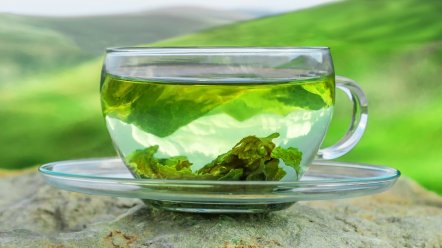