This is Anime as a Cup of Tea, serving you the 2nd par-TEA members in this tea series: black tea!

Black tea also originates from the plant species—Camellia sinensis. However, unlike green tea (less oxidized), the tea leaves are allowed to fully oxidize before they are heat-processed and dried. Because of this, its amber color is turned into rich dark brown color, and eventually black. Hence, the name.

“Knowledge is limited, but creativi-TEA encircles the world.”

Eccentric. Socially-awkward. Analytical. Loves to read Western books. Likes to invent gadgets. Rude. Learn through observation. Wishes to sail across the sea, beyond the sky and to other side of the moon. Doesn’t like to be tied with the social norm in his old village, or inherits his family businesses. One who is willing to work smart and hard just for the sake of fun.

Loves her gadgets. Smart. Could be really assertive. Manipulatie and opportunistic when it comes to her inventions. Takes failures as fuel to improve. Can be oblivious and selfish, epsecially when she’s pouring all her efforts and attentions to making a better gadget. Most of the time, she’s inept at reading body languages, and doesn’t know when her action brings discomfort. Or maybe she does, but she just doesn’t spare too much thoughts on it.

Confident. Straightforward. Below average in terms of physical ability. Highly determined and logical. Vast knowledge in science, and methods in applying them. Always inspires everyone around him to do their best. Takes advices, and apply them. Manipulative on the surface, but is actually inventing gadgets and tools to give everyone around him a better life. Beneath his cold rationale and big brain, the greatest weakness and advantage of him is the inability to abandon his friends when they are in danger. 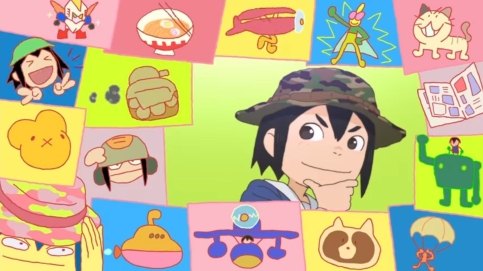 “Anime is all about its setting.”

Creative. Like, really creative. Observational. Inquisitive. Easily distracted. Often needs a push to start things. Not that sociable. Hugs her stuffed rabbit whenever she feels stressed. Likes to draws background settings inspired by her daily lives into her sketchbooks. Started an anime club with two dear friends of her where she is in charge of directing and setting the background of the stories. She could always create something out of nothing, and is able to put it on the screen.

“People think of him like some cold-blooded monster, but he’s more human than anyone I know; he’s so fragile inside. If you pumped him full of love and betrayal and such, I think he’d fall apart. I think that’s why he decided to love humanity by letting everything wash over him. Do you see what I’m saying? He accepts everything, but he doesn’t take it in. He lets it wash over him.”

Loves humanity. Underground information broker. Cunningly charming. Manipulative. Jolly and sarcastic. Powerful and skilled. Enjoy observing people’s reaction in various situations that he’s created. Can predit people’s action through their thoughts. Plays a game of checkers with the combination of Chess, Othello, and Shogi pieces. Doesn’t trust even himself, for his unpredictability. For him, there are no good or bad people, just charming or tedious. Which side are you on?

A machine enthusiast. Strong-willed. Emphatic. Engineering otaku. Crazy gearhead. Stubborn at times, but tactful with honesty. Likes to crank gears, whir bearings and the smell of oil. Has a strong sense of devotion towards her job, especially when it comes to maintaing Edward Elric’s metal arm which she would travel a great distance for. Sensitive and kind, as she would sometimes cry on behalf of people who won’t cry for themselves. She is probably the most passionate character in the crafting and overhauling of automail prostheses. 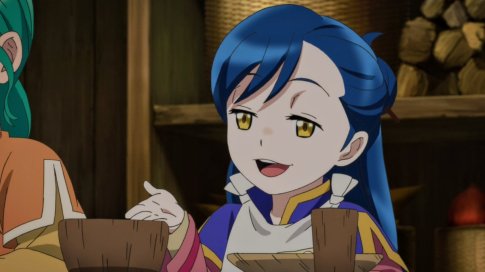 Origin: Ascendance of a Bookworm

“If there aren’t any books, I’ll just have to make them myself.”

Senstive. Not as arrogant as she looks. Has a small and fragile body. Pale skin. Was a librarian. Knowledgeable in creating homemade items such as soaps, karuta cards, picture books and more. Loves books to a fault, that she would like to create them since she can’t obtain them and will angrily glare at anyone who’s trying to distrub her when she’s reading one. She could display intense emotions when it comes to protecting her family and her friends. She’s always thinking of methods to applying the knowledge she was reincarcinated with, and dislikes the nobility with a passion. (for their snobbish attitude and for hoarding the books all for themselves)

Energetic. Observant. Objective. A free-thinking researcher. Actually cares about her Titan test subjects, as she had a complete meltdown when they were killed. Can becomes blunt and serious when the situation calls for it. Genius in coming with tactical plans, new weapons and inventions to help her comrades in fighting against greater and faster Titans. Could be unstable.

They are the masterminds that shook the world.

Or at least.. a part of the world. These are pretty much every character I can think of that has “black tea” traits: curious, and is able to utilise this curiousity to discover and create things out of ordinary in their times. Like a writer that is always learning new skills to express themselves better, or a human who improvises and become wiser with every failure.

My perspectives can be objective at times, so it’s up for debate if you have any character that you think I’ve mislooked/did not do the justice for. Feel free to share your opinions moderately, but most importantly, I hope this managed to give a proper shout-out to them.