Design a site like this with WordPress.com
Get started
Skip to content
Date: July 27, 2020Author: Ethan_07 0 Comments

Have you heard of the “annoying MC” illness? It’s quite a rare disease that will emerge once in a while in anime or movie, and the trickiest part in dealing with it is that—there is no cure. No, it might gradually fade away but there’ll always be a small portion of it remain. You might’ve seen some characters having these syndromes before:

But there’s a simple reason they are made to behave this way. The creators actually specifically portray them to be weak and wimpy, so that some audience can reflect themselves on these characters, to symphatize them. Because eventually, they are going to become stronger. Except when they didn’t. And this can last for whole 12 episodes. That is, if your patience and tolerance can get you that far.

So, this leads to a question—does it work?

So, when does it work?

When they become less annoying. When complaining about their despair doesn’t work anymore, and they have to path a way out. They have to learn the hard way. They need to understand that the world doesn’t revolve around them. That kindness, and care shown by others are not unconditional and that reckless action have consequences. So are all their immature acts.

But an impact as huge as an earthquake is needed to convince us that they have changed. They need to do something that can destroy their past-pathetic-state to rebuild themselves as “developed” characters. Because it is only when they can see the world from the perspective of those who they looked down upon, understood others’ feelings when they say what they said, and is able to do more than what we expected—a normal character is born.

Quite an upgrade, right?

Mirai from Tokyo Magnitude 8.0 is the main character that I’d like to bring up here. There are mixed feelings on this anime series and I believe most of it roots from her attitude. Yes, she’s the textbook of annoying, egoistic, immature, ungrateful, and irritable main character. For her, her brother is the annoying one. Because of his naviety, she never did try to understand him, until they are stranded in another city when an earthquake shook the whole Tokyo. They are far, far away from their comfortable home and even so, she doesn’t stop treating her brother like an nuisance. Throughout the show, she’s proven to be insecure about herself, unable to trust others, unable to be empathetic and has pretty much every characteristics that everyone hates.

Yet, she is changed in the end. 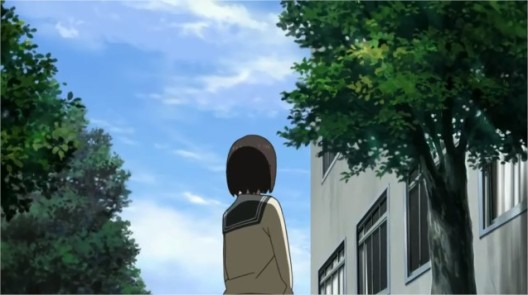 It made me realise that it takes time, but when annoying characters like her grow up—both emotionally and physically—our attached feelings to them might also change, for the better. Because in that moment, we know all too well what they have been through and what impacted those changes. And I think this feeling is why they are introduced the way they are: so that they can become less annoying. (and we know the reasons behind it)

It might not work every time, but when it does, I think it’s quite worth the journey.