I was wondering if after all these years… I managed to impact anyone whatsoever, in any way; maybe made them smile, remembered something nostalgic, took an action or simply feel refreshed after reading one of my many random blog posts.

Because after reading numerous blog posts in this community, I can firmly say that there are a lot of amazing bloggers out there than can push people forward with their stories, and inspire those who shared the same sentiment with them.

And frankly, to be able to share something like that, I think it is strikingly beautiful. That, the way blogging works, amazes me. So, thank you 7mononoke from Anime Rants and Yomu from Umai Yomu Anime Blog for the nomination! (and provided me with the chance to talk about these things here, also, check them out if you haven’t—you won’t regret it!)

The Reason I Started Anime as a Cup of Tea

This nomination was done about three months ago, so it’s pretty late for me to jump on the bandwagon now. Nevertheless, you guys deserve it, thank you for impacting the blogosphere!

As usual, no pressure. You can postpone it for a year if you’re just not feeling up to it, or have done it before and feel that it’ll be redundant. It’s your choice.

Oh, speaking of choices, I’d actually spent last month creating a CYOA game (and is still working on it) which made my posting less frequent than usual. Also, because I’m not that talkative, you might be surprised to have received a ping from me out of nowhere, but rest assured, I really do appreciate the posts that you guys made. It’s like a little garden that I can immerse myself in, while drinking a cup of tea.

So, even though that I may only pop up sometimes, think of me as one of the many readers you all have out there, witnessing and reading your stories. I don’t mean to brag, but I don’t follow others unless their works amazed me in some ways. So, if you have me inside your followers—I’m impressed by you.

The Real Reason I Started Anime as a Cup of Tea

Aside from it being fun, I’ve talked about how it inspired me—in depth—in my previous nomination here so… feel free to jump there and check it out.

The real reason that I started this blog is because upon stepping into my university, I felt that I had not done anything worth mentioning, that I’d be proud of. And, I honestly just wanted to start something. Kick something off, see how far it can go, how many it can reach. I didn’t want to wait anymore. I felt the urge to run, even if my goal at that time wasn’t that clear.

No one criticized me for staying still or anything, and I didn’t tell anyone about Anime as a Cup of Tea even after I launch it, published my first ten posts, and my first hundred. Because, it’s more fun this way. I’m just an anonymous blogger, expressing my thoughts into words, and spending my time trying to create something, rather than worrying judgement from others. I might disappear in the future, but I’m right here now and as selfish as it sounds, I want to leave something behind, inspire as long as I’m able to.

So, I’m glad to have made it this far.

Thank you, once again.

(P.S. I do not have any terminal illnesses. )

#1 Have fun—by developing your own style of writing, paraphrasing, organizing your contents and most importantly, expressing your idea. It’s a tip that I work with, and I’m still improving in.

#2 Think of ways to have fun—give a twist to your post if necessary, choose a topic that you’re interested enough to research on, not one that you feel like you’re obliged to. Expand on little ideas. Elaborate on a theme that you find worth sharing. Steal ideas Get inspired by other posts. Watch a movie. Watch an anime. Watch a drama. Listen to a song. Meditate. Jog. Take a deep breath at the park. Observe. Walk aimlessly. Stand in the rain. Look up to the sky. Ideas can come from the most unexpected places.

And for a bonus tip, I’d like to share “What it means to be an aniblogger” from The Lily Garden. It’s oddly poetic and inspiring; it’s also definitely something that bloggers have all been through and might be able to resonate with. So, with that being said, I’ll see you in my upcoming tag post. 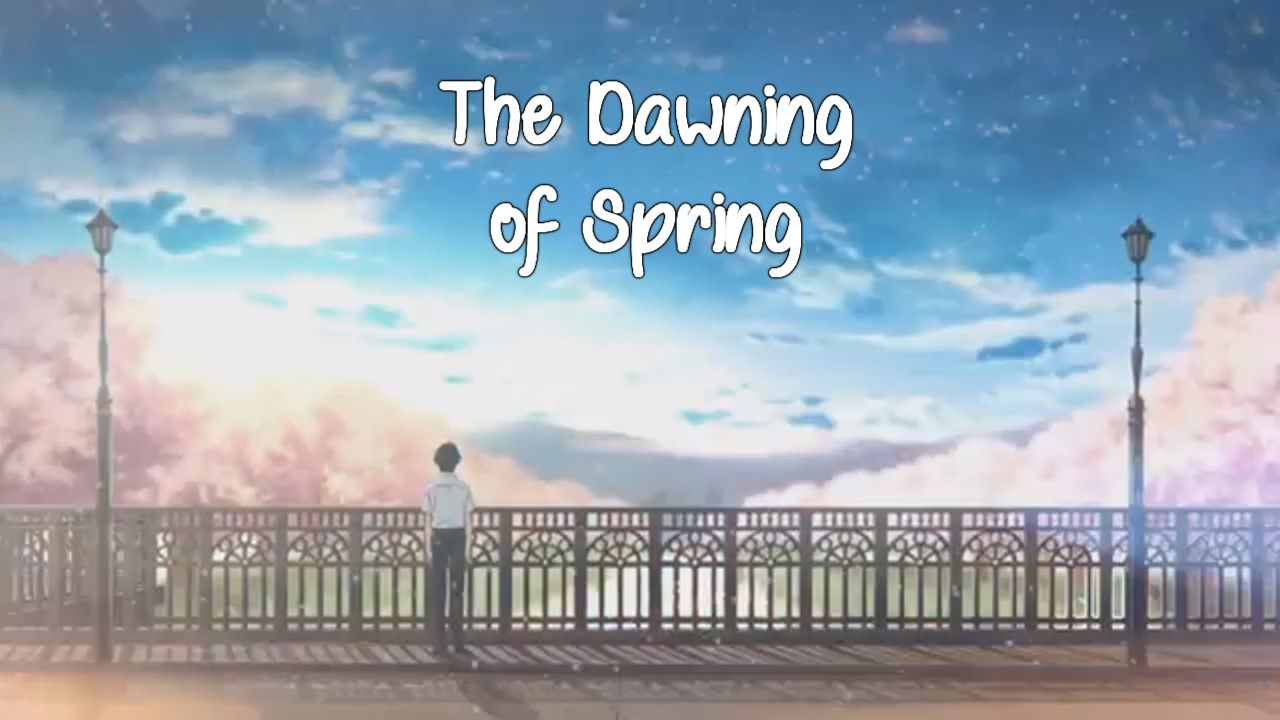