This is Anime as a Cup of Tea, serving you the 5th par-TEA member of this tea series: herbal tea!

Herbal tea is actually not a tea, and is made from infused dried herbs, fruits, and flowers. Compared to teas, it has a lower concentration of antioxidants. Some of the famous herbal teas are made of peppermint, chamomile, chrysanthemum. Herbal tea has proved to be rejuvenating, providing a sense of calm with its light taste.

“Positivi-TEA, the only tea you ever need.”

Gentle. Selfless. Honest. Stubborn. Empathetic. Polite. Naive with a strong will. Air-headed. Hardworking. An exemplary housekeeper. Kind-hearted to a fault. Optimistic, as she doesn’t hold grudges on those who wronged her and is willing to help whoever she meets, especially the zodiac members in the Sohma family.

Her views on things are unique as there isn’t black or white, only right or wrong. Most of the time, she’s insightful about others’ feelings, despite being unable to cope with her own. She’d stand for her friends even though she’s afraid, because I think she perceives this as an obligation to repay their kindness and so that they won’t get hurt physically, and emotionally.

She’s an EXTREMELY kind girl with a nurturing personalities.

“A hero’s cape…! Is for bundling up a young girl who’s in terrible pain!”

Lemillion. Goofy. Dynamic. Cheerful. One of the Big 3. Optimistic. Always smiling. Has odd sense of humour. Has incredible tenacity. He’s quite a stickler to the hero protocols, and courageous in contrast to his laid-back nature, especially when it comes to confronting dangerous criminals and saving a girl that he once let go of.

His determination is beyond comprehension, which makes him not just a powerful hero but also a really, really kind human being.

Even after losing two most dearest things of his where he shouldn’t be smiling, but he still choses to smile because he didn’t regret any of it and doesn’t want others to feel bad for his choices.

Clumsy. Caring. Curious. Enjoys exploring. Sometimes observant. Brave, with a special skill for spying and scouting. Kind, and is quick to make friends. She once becomes a decoy in leading the enemy troops away from the village. She’d also often volunteer herself and her friends to help Senku, with trivial but important jobs such as spinning a thread. She also actively searches for various rocks to get the right materical needed in creating a cellphone, and ultimately she did it.

She’s not a very noticeable character, but her presence is a bright and fun addition to the team. 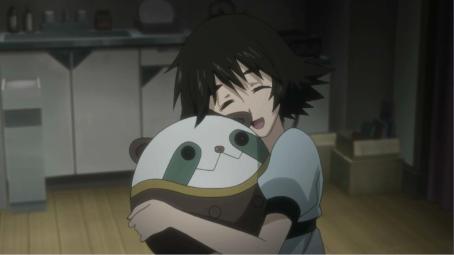 “We should work towards world peace. Like giving everyone an Upa cushion…” -Mayuri D-Mail wish.

A hostage of a mad scientist. Naive, and a bit childish in a cute way. She has a great fondness on cute things and cute nicknames. She can be perspective because of her simplicity in action and thoughts, such as being able to notice something that others don’t. She’s also caring and understanding, such as being able to pinpoint Okabe’s emotions thorugh his actions, and often brings comfort to him with her soft and gentle tone. Although she seems air-headed most of the time, but her kindness has a healing effects on others and her honesty in Steins; Gate 0 is one of the reasons I gave the show a 10.

It would be a crime to seperate this immortal thief duo. They are extremely charming and sparkling in the sense that they would spread happiness to others unconciously, which helps them to befriend people all manner of unlikely people. They both miss each other whenever they are seperated, and would risk their lives to save their friends when they are in danger, regardless of knowing them being immortals or not.

Happiness can be contagious, and this duo of the year is the very example of it.

A loving dad. A dedicated husband. An exemplary general. He’s amicable and jolly to the extent of annoying his closest friends, and never take “no” for an answer whenever he shows his forceful hospitalities on others, such as offering the Elric brothers his home to stay a night in. Even though he seems carefree and often brags about his wife and daughter, deep inside, he’s a trustworthy military officer that always looks after the people close to him.

Interestingly, he could be wise at times, and often backs up his precious friend, Roy in making the world a better place. His family is both a gift and a curse to him, but he never regrets loving them to his heart’s content. His voice actor, Keiji Fujiwara passed away due to cancer on April 12. 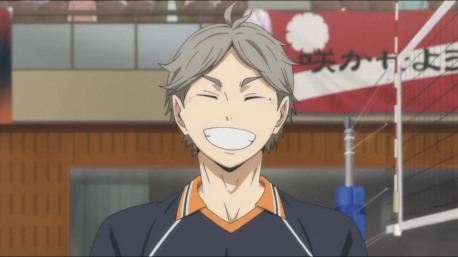 Cheerful. Supportive. Suga. Mr. Refreshing. The Indomitable Setter. He has a soothing and nurtuting personalities. Even though most of the 3rd-year volleyball members have already quit and he’s lost his position as a regular setter, he doesn’t give up because he refuses to have regrets in the future. He still trains hard and strives to guide his underclassmen to victory. Being a vice leader, he’s the gentle upperclassman that serve as the pillar of support for them, helping them with things that he is best in.

It’s because even if they didn’t notice him, he’s still be there cheering and backing them up. 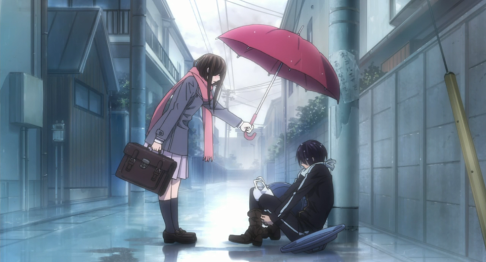 Pure. Kind-hearted. Couragous when it comes to helping ones she cares about. Can be air-headed, and honest when it comes to people that she’s learnt more about. She has a strong moral compass, which enables her to call people out and take action if they are doing the wrong thing. She can be perspective when it comes to understanding people’s feelings and would always try her best to cheer people up. She’s also an important link between Yato and Yuki, being the only one that can and is willing to solve their conflicts and make them smile again.

Her name “日和” is homphonous to “fair weather”, as opposed to Yato and Yuki’s name which are “night” and “snow” respectively, all of which refers to the theme of the weather.

I don’t think I give credits enough to Nyanko-sensei for choosing to stay by Natsume’s side and always be there when he needs help. Natsume is in whole, kind-hearted in dealing with human and youkai, even though he has a past trauma of being bullied by them.

This fat, fluffy cat is one of his first friends that helps him to open his heart, little by little. Because of mutualism, they both got each other’s back and eventually grow fond of each other. Even though Natsume would often be a busybody and drag Nyanko into his mess, but Nyanko never turns down his help. And whenever Nyanko’s in trouble–especially when it comes to food shortage–Natsume would help to fulfill his request and defend him if necessary.

The dynamic of this duo is one of the elements that exhibit kindness and healing effects on people around them, which also gives a sense of warmth to the audience as well. Notably, the author describes Natsume as, “a person who try his best to be kind”.

They are the sunshine that bring happiness.

These are pretty much every character I can think of that has “herbal tea” traits: has a kind smile and always selflessly spread happiness and warmth to others. If they see someone without a smile, they won’t hesitate to give theirs. You should too, if you feel like it.

My perspectives can be subjective at times, so it’s up for debate if you have any character that you think I’ve mislooked/did not do the justice for. Feel free to share your opinions moderately, but most importantly, I hope this managed to give a proper shout-out to them. 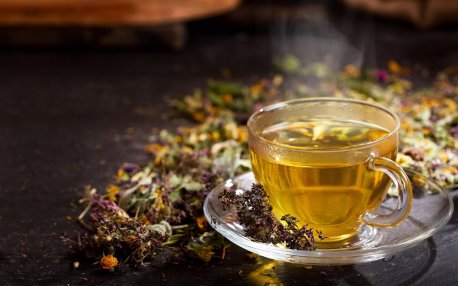